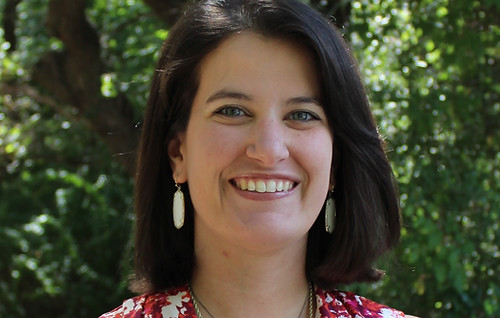 Q: First off, why are you running for school board?

A: I have been working in public education my entire adult life. I actually got my first job at a school law firm when I was in high school. And I was there up until the beginning of last year. I left my job to take care of my kids. So I’ve been working with public schools my entire adult life. I love working with public schools. I have two kids in Leander ISD. We’re really, really excited about Leander ISD, we’re involved here, and I really just wanted to step up and do more and help all the staff and students here.

Q: And what past experience makes it qualified to be a school board member?

A: Like I said earlier, I worked in public education law for almost two decades. I started as an office runner and worked my way up. I was receptionist, document management, accounting, billing. And then I did paralegal work for the attorneys, so I helped them with construction contracts and public information requests and personnel. And that was all within the Texas public school system. So I know the policies. I know the procedures, I know the laws. I’m really familiar with how the Texas public education system works.

Q: What is your stance on Proposition A and why?

A: I am for Proposition A. I will personally be voting for it. The school finance system in Texas is very complicated and school districts don’t have a lot of options with how they can operate within it. So we can either, you know, choose local control and vote for Prop A and use the attendance credit election to pay the recapture money, because we’re going to pay it one way or the other. I would much rather keep the control here for us and then we, as a district, can decide we’re going to write you this check with the attendance credits as opposed to having the state come in and tell us “Oh, we’re going to take this property from you and detach it and we’ll take the value there.” It’s better for us to keep that here because we’re going to pay the recapture money either way.

Q: What is your stance on Proposition B?

A: I will also be voting for Proposition B. I was really glad to see that the board voted for raises a few months ago. We have to stay competitive with teacher and staff salaries. We have to pay them what they deserve. The state of Texas does not fund our schools. We would not need to call a VATRE if the state would actually give our public school systems the money that they can give us, they just won’t. And that’s very frustrating to me because the things that we could do if we were funded would be amazing. And this VATRE is going to help us do that. We’ll be able to keep our class sizes, we’ll be able to keep all the teachers and keep all the programs that we need, because I don’t want to see us lose anything. It’s not a problem unique to Leander, so many districts have called for VATRE in the last two years. It’s just we’ve got to operate within the system that we have. And this will give us extra revenue to keep all of the stuff that makes Leander great.

Q: And if Prop B doesn’t pass, which means that  the district would need to cut over $32 million from the budget, where would you want those cuts to be from?

A: That’s a tough one. On a personal level, I think of all the stuff I have two kids and Leander ISD, and I think of all the stuff that my kids are in and the programs they’re involved in and I try to think “Ok, what do they not need or what do they need the least?” And on a personal level, I don’t even know where I would start with that. From a board trustee level, that actually wouldn’t be our decision. All of those things like cuts and budget allocations, that’s all administrative. I mean, they’ll come to the board with what they feel are the best decisions and the board can offer insight, but that would not be something that we would handle.

Q: One of the questions we hear in the school and community is, “Why is our district in this financial situation to begin with?” How would you respond to that?

A: The state. That is absolutely, absolutely why we are in this financial situation. Like I said earlier, this is not unique to us. This is not just a Leander ISD problem. All these other districts called VATREs to generate additional revenue. Everyone is trying to figure out how to get staff paid more, how to get teachers paid more, how to get, you know, special education funded and additional programs funded, because our schools are not being funded properly by the state. They’re holding all of this extra money that they could be giving to us and making all of this possible, they just won’t do it. We have to have more advocacy at the state level to get you guys everything that you need, to get your teachers everything that they need. And until we start getting very loud or vote in leaders that actually support public education, we’re just going to continue to have these same problems, because it hasn’t been changed in such a long time.

Q: Jumping topics a little bit, are you currently satisfied with Dr. Gearing’s job as a superintendent, or why or why not?

A: I’d say yes. I think there are some areas that, you know, might need improvement, but that’s with everybody. I appreciate the way that he is very involved with the students. He’s going to campuses. He’s talking to you all. He wants to be involved. I think that’s important. If you’re going to lead a school district, you should be willing to actually go in and be a part of the classrooms and learn. I think that he’s doing a great job with explaining the propositions right now. I know we had an issue with the bond last time, and with the outreach and the explanation and people really understanding. I think that he’s doing a good job with getting out into the community.

Q: Speaking of community involvement, do you have any of your own children who are or have been LISD students, and how is their experience in the district?

A: I do. I have two children, I have a sophomore and I have a fourth grader. Their experiences have been very, very different. I’m a special needs parent. So with one of my children, we’ve had some difficulties and some things to get through that were a little harder to get through. I’ve had to advocate a little bit harder than I thought I would need to. And there were some very rough times, you know, getting used to different situations or learning different things. And then I have my other student who – he just loves it. He loves everything about school. It went really well for him. I think it largely depends on the kid and how we’re willing to be involved. I never had an issue talking with my kids’ teachers. That’s not to say all the conversations were easy, but overall, we’ve had a great experience here.

Q: And what extracurriculars do your children participate in?

A: Primarily band. I have a band kid, so he’s in the marching band at LHS. We do all the competitions in that, and I have a kid in QUEST. We’ve done Run Club and Art and all sorts, all all sorts of extracurriculars, pretty much. If they can be involved in it, they will be.

Q: So in the last two years, election integrity has kind of been brought up a lot, not only in national politics, but local ones as well. Do you believe there are problems with our election system locally or nationally?

A: No, I do not. I served as an elections clerk for two years. The first election that I ever worked out was actually the presidential election – which I do not recommend starting at that particularly busy level of an election. Especially after watching the processes, watching everything that they do, how many contingencies they have, how many people are watching for security purposes, I think that we have a really great election system. I think that the people who are in charge of it work really hard to keep that integrity and to keep the security. And I think that they should be trusted to do so.

Q: So going off of that, would you accept the outcome of the election, if you lose?