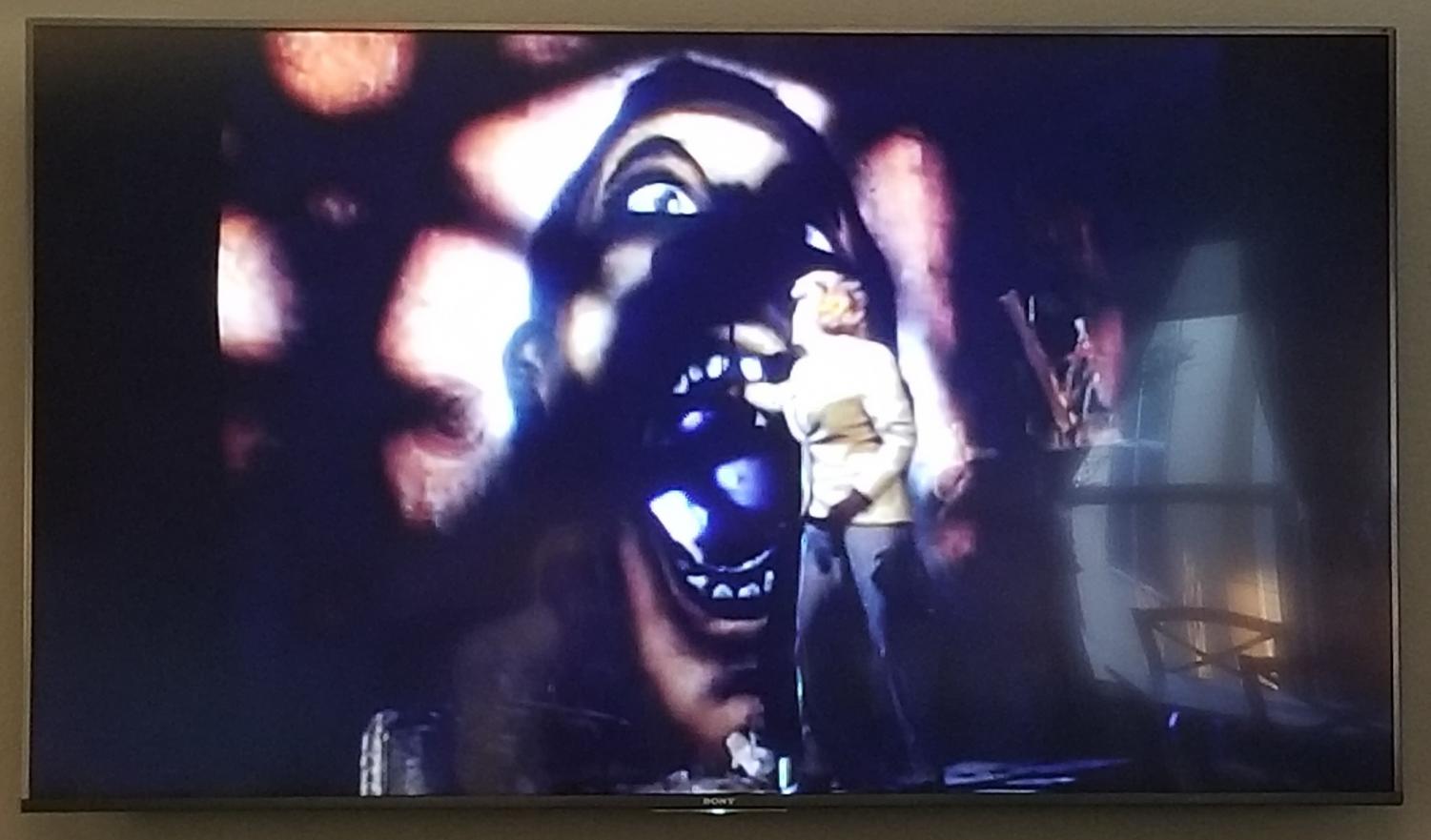 In the original 1992 film, this scene depicted Candy Man as graffiti on the wall. In this film graffiti can be seen throughout the Cabrini Green community. (Isaiah Prophet)

In the original 1992 film, this scene depicted Candy Man as graffiti on the wall. In this film graffiti can be seen throughout the Cabrini Green community.

The Main Character: The movie’s protagonist is Anthony portrayed by Yahya Abdul-Mateen, an artist from Chicago who moves into the Cabrini Green neighborhood with his girlfriend, Brianna portrayed by Teyonah Parris. He soon learns about the legend of Candy Man from a character named Coleman played by William Burke, an older man who was around back when the original Candy Man legend had started. Anthony finds inspiration to model this story in his latest work at an art exhibit where the piece he creates is put on display, which leads to a series of events for the rest of the movie.

Setting: Both movies take place in the Cabrini Green community, a former ghetto in Chicago that has since undergone gentrification. This neighborhood is the origin of the Candy Man legend, and the site of numerous murders throughout the film. It is also the birthplace of Anthony, our main character. While the original movie was more focused on the Candy Man himself, this remake delves deeper into the symbolism of this community and the real world parallels between what happens on-screen and in real life.

Plot: In contrast to the slasher aesthetic that the original movie portrays, the remake  does a great job of providing the viewers with a more expansive history of the Candy Man and why he exists in the first place, while tying events from the original film. As the legend goes, if his name is said  five times in the mirror, he appears and kills the speaker. However,  in this remake, it is not just as simple as one horrific jumpscare after another. Instead, true horror not only comes from the victims themselves, but also the slow, burn effect that is present in Anthony. Throughout the film, we see him descend into madness and obsession just like the protagonist of the original, until the final act is revealed.

Final Thoughts: Overall, I believe that this film was an excellent adaptation that kept the original elements of the first film while coding it with a deeper message. Many horror films today rely too much on cheap jumpscares and mediocre suspense. This film manages to keep you on the edge of your seat the entire time, especially during the blood curdling murder scenes. In my opinion, this version is a clear superior to the original and I give it a nine out of ten rating.

The Main Character: The leading lady of this 1992 horror classic is Helen Lyle played by Virginia Madsen, a college student doing an investigation on urban legends which eventually leads her to the story of Candy Man. After going around the rundown Cabrini Green neighborhood, she eventually finds what she is looking for:Candy Man. Unlike Anthony, who we see succumbed to the madness of the legend but never is directly blamed, Helen is forced to become a victim in her own sense as more and more murders occur.

Setting: This film takes place before the gentrification that occurs in the present day film, so this movie goes through great lengths to express how run-down the community is. The community itself serves as a key piece of the plot, and much of what Helen finds is tied back to it in one way or another, such as the haunting graffiti in neighborhood that depicts Candy Man. The people in the neighborhood also stand as monuments to the heart of Cabrini Green and their use of Candy Man to cope with everyday troubles.

Plot: Unlike the remake, the original movie is more on trend with other horror movies of its era. What sets it apart from the rest of its crowd is its ability to maintain a sense of mystery and suspense throughout the film, giving this movie sustenance unlike other horror films during this time. As Helen uncovers more and more about Candy Man, we see a shift in her character, something that is also present in the remake, despite that her transformation is less literal. All of these events are pieced together in the final act where the true motive of Candy Man is revealed.

Final Thoughts: After watching the 2021 remake first and then viewing the original film, I was able to see how so many elements, such as the slow suspense build up, and feeling of mystery from the original carried on into the remake. Watching both gave me a complete storyline and lore that I really enjoyed getting into. While this movie is definitely dated film wise, I was surprised how even after 30 years since this film was released, I was left shocked by some of the more gruesome scenes. Overall, I give the 1992 film  an eight out of ten for its traditional use of horror tactics and feelings of suspense.