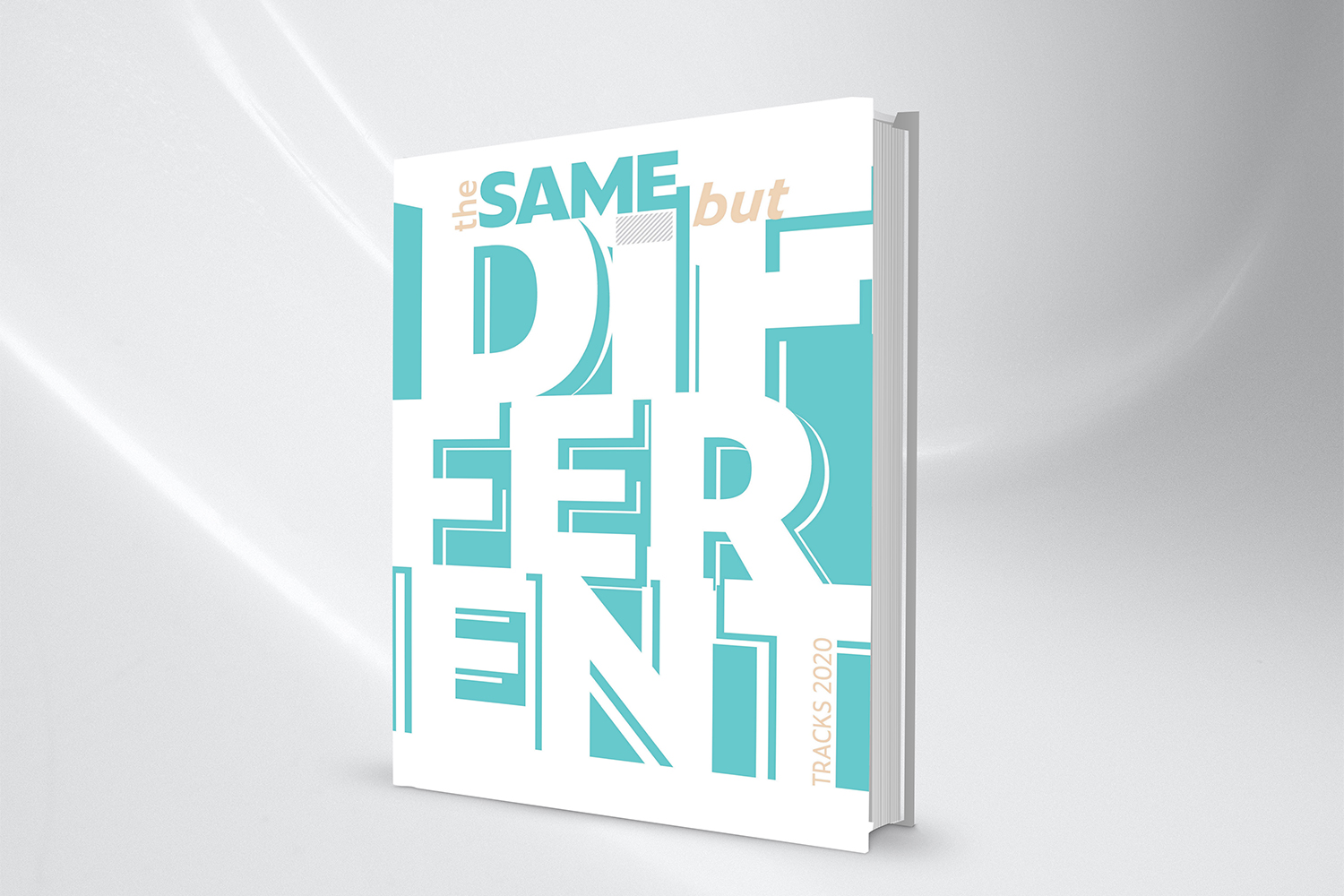 The Most Important Book This Year

Walking past room 2102 on A days at 12:33 p.m. the clicking of keys and periodical flow of students leaving and entering the room was a common sight.

These 25 students spent 65 A days filling the 2020 Tracks Yearbook, and by March 13, most of the pages were ready for a final look.

When Leander ISD announced an extension on school suspension to April 5 three days later, these students would continue to work from home to meet the final deadline on March 30.

Before spring break, senior design editor Madison Markunas had two pages created for COVID-19 in case the situation became more severe, but actually filling the pages with content wasn’t even a thought for Markunas.

“I definitely did not think that Corona would get to this severity,” Markunas said. “When [Mrs.] Hert originally told me to design a Coronavirus spread, I thought it was a joke. Of course I made them, but I didn’t think we would actually end up using them.”

Despite not expecting to use the pages, the staff was quickly put to work once again on March 23. They worked on taking photos, writing copy and reaching out to people.

“I struggled most with not being able to get access to work on our pages,” senior content editor Megan Bonsall said.  “Our pages are always saved on a drive on the school’s network, so if you’re not at school, you are unable to access the pages. Thankfully Mrs. Hert anticipated we might not get the opportunity to get back to school before our deadline, so she had the pages downloaded on a backup drive. So basically our teacher was the only one who could actually physically work on the pages, the rest of the staff had to collaborate on google docs so she could transfer info over to the actual book.”

The staff met the deadline and are currently in line to have the final version of the yearbook printed. In an email on April 30, representatives at the Balfour plant said it would for sure be closed through May 15, in accordance with the Dallas County shelter-in-place mandate. A final say in yearbook distribution methods to comply with social distancing has not been made, but students will receive their yearbooks.

Despite the unusual end of the final deadline, the process to get there is where the real story lies. The beginning dates back to May of 2019, after the “2150” yearbook distributions.

All returning staff members were assigned to choose a theme, develop it and present it. After presentations, the staff voted, and ultimately Bonsall’s proposal for the theme “The Same, but Different” was chosen.

“I remember walking into Hert’s room one morning before school during the time the class was assigned to work on proposing a theme for the next year’s book, and she showed me a magazine spread she saw earlier which had the big slogan, ‘The Same, but Different,’” Bonsall said. “We both thought it was a neat idea, and we were anticipating coming back to a lot of changes the next year due to construction at our school, so I decided to play around with it and see if I could develop that idea into something that could actually make a solid yearbook theme. It turned out way more accurate than we ever imagined, though.”

After choosing the theme, 11 staff members traveled to Dallas for the Gloria Shields Workshop from June 24-26 where new members learned the ropes of yearbook and helped returning members solidify the core components of the book like color palette and cover.

“I think we all wanted to get a significantly large portion of it done,” Markunas said. “We wanted to nail down a cover, at least, but that was actually one of the only things we didn’t nail down. I tend to change my mind a lot and so that kind of slowed down our process when finalizing things.  I think I spent a whole day going through fonts to find the perfect one. I was super picky about it because I wanted it to complement the other elements. We did get down the font and the colors during camp.”

During camp, the staff met with yearbook advisers and experts who shared their opinion on the theme. According to Bonsall, they all liked the theme idea, but encouraged them to develop it further.

“They all liked our idea of ‘The Same But Different,’ and encouraged us to keep digging deeper into how we could develop and apply that theme to every page of the book,” Bonsall said.

Markunas said that their main concern was the cover and its design elements.

“The yearbook consultant at camp was mainly concerned about the patterns and the cover,” Markunas said. “She gave us some advice on how to use them and I think that really helped us narrow down when we were gonna throw those in. We completely threw out the polka-dots after that meeting. She also gave us some tips on the cover which led us more in the direction we ended up in.”

With the advice from experts to develop it further and change design elements, the yearbook cover design completed a 180 in the fall.

The cover color changed from black to white and color accents from red, blue and beige to purple, blue, orange and beige. A final decision was made on the usage of three covers, a first for the staff.

“After establishing that the first cover we created looked like a ‘bowling alley floor’ we decided it needed some changes,” Markunas said. “We knew we wanted the cover to be different from every other year. That inspired the three different covers. We ha[ve] never produced a book with more than one cover, so having three covers emphasized the difference of the book even more. I also knew I wanted words to play a big part in the theme, that’s how we decided that the word ‘different’ would take up, almost, the whole cover. We just continued to work through our ideas until it was exactly what we wanted.”

As the design elements began to come together, returning staff members planned their pages for the October deadline, but an obstacle arose early on. Adviser Paige Hert wasn’t able to easily find student schedules due to the new Home Access Center system. This meant that the staff had a harder time taking students out of class to get a quote and had to resort to other means to contact them.

“Without having access to students’ schedules, you have to completely rely on finding people that you know who might have some connection to that person; whether it’s a friend of a friend or the sister’s best friend’s boyfriend,” senior Amelia Tapia said. “While you can reach out on Instagram, not everyone checks their DMs. Getting quotes from people often [took] anywhere from 15 minutes to [a] week.”

Contacting students was a struggle, but that didn’t deter first year staffer, sophomore Sarah Johnson, from feeling excited to create her pages.

“I couldn’t wait to start my first page because I was so excited to learn how to design and make a page look cool,” Johnson said. “I started out with planning out my page by separating each of the modules, and then I started going out and getting the actual content (photos, interviews, etc) for them.”

“My core classes deadline was hard to achieve simply because that is a somewhat boring topic to cover so it was difficult to make it intriguing,” junior content editor Abby Cheek said. “[My] softball page was hard because it is the last deadline and that deadline always seems rushed, and we were on the verge of the Coronavirus, so everything was already hectic.”

Similarly, Johnson, who worked on four pages during the spring, said that although the workload was stressful during the first semester, it increased during the second semester.

“I felt most stressed out during late winter [and] early spring because I think that was when I worked on the most pages like back to back this year with no break in between them,” Johnson said.

The staff worked for months and felt stress throughout them, but were also able to create memorable experiences.

“This year, I got the opportunity to take pictures at the playoffs football game in Houston,” Tapia. “It was so cool being on a field where professional teams play. I had the chance to explore the stadium and go to the press floor. It was an experience like no other.”

Achievements by the student body created opportunities like Tapia mentioned and allowed for great quality photography in this year’s book, according to Bonsall.

“I thought a major strength among everyone on staff this year was photography,” Bonsall said. “The divider photos and copy photos turned out beautiful,” “I also thought photography on pages this year was elevated to a level I haven’t seen the past two years.”

288 pages, seven deadlines and 781 student interviews later the yearbook was completed. For Markunas, the completion of the book represents the long journey the staff accomplished together.

“It’s weird to see how far we’ve come since summer camp,” Markunas said. “Being able to see the progress from our original ideas to the final outcome is crazy. This book is my baby and I love how it came out. When I look at it, I just see all of the dedication and devotion all of the staff gave it. It’s like a big project that I couldn’t be more proud of.”

For Bonsall, this yearbook is the embodiment of the student body. The end of the year was unexpected, but the essence of what it means to be a Timberwolf drives a connection she said.

“The most memorable part of this year’s book is how well the theme turned out to match this school year,” Bonsall said. “We never anticipated just how different things would become when we chose that theme over the summer. I’m glad that, even though the school year came to an unfortunate and premature close, we were able to put out a book that celebrates difference, while still assuring our students and community that we are all still connected by the same spirit and tradition CPHS will forever be proud of.”

Yearbooks are still on sale, order today at Balfour.com 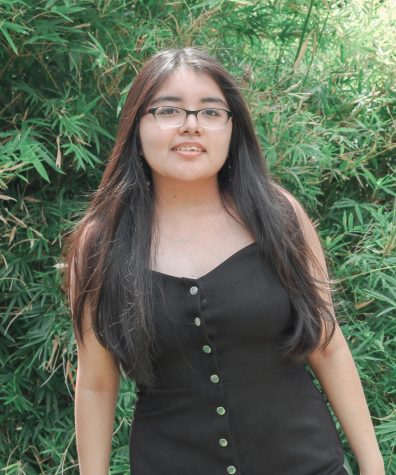 Estefani or Stef is a senior and third-year reporter. This year marks her second year as Editor-In-Chief and she is very excited to continue producing articles the community is interested in. In addition to being a staff member of The Wolfpack, she is also part of the yearbook staff. She enjoys learning and writing about peoples' stories and passions. Estefani hopes to attend UT next fall to major in Social Work. Some facts about her include; her love for tea (the beverage not drama), socks, funky earrings and artists Ashe and Harry Styles. She is still prone to tripping over her own feet, losing socks and laughing at bad puns. 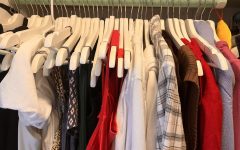 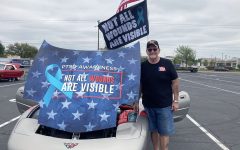 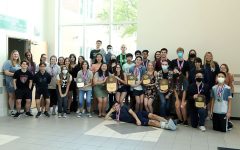 Bring It to Sing It 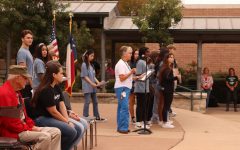 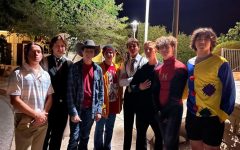 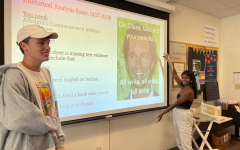 More Than an Honor Society